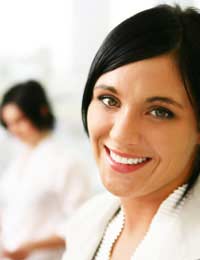 Research shows that the image which most frequently comes to mind when hearing the phrase “a leader in the workplace” is a man, not a woman.

The Challenges Facing Women Leaders in the Workplace…

Unfortunately, despite advances in women’s rights and legislative support for gender equality, cultural and social stereotypes are still hard to shake off. Women leaders still face major obstacles in the workplace. Not only do they have to overcome the barriers of traditional attitudes and prejudices from others, but they also have to cope with attitudes that they harbour themselves.

Part of the problem is the attributes that are normally assigned to the different genders – for example, men are seen as authoritative, ambitious and assertive while women are seen as humble, nurturing and focused on relationships.

If women act in ways which are not consistent with these gender stereotypes, then they are often bombarded with negative labels as “aggressive” and “ruthless” – even by other women – or may self-criticise themselves.

Surveys show that most women feel that they no longer have to work harder than men just to secure leadership positions – however, many feel that they still have to make greater personal sacrifices in order to succeed in the corporate world.

For example, a study by the Radcliffe Public Policy Institute (RPPI) and the Boston Club of 453 Boston-based women executives showed that 65.3 percent of the respondents believe they have had to make "greater personal sacrifices" than their male colleagues in order to each a leadership position.

These personal sacrifices include time for themselves, time with their spouses and children, their ageing parents, their friends and other members of their family.

The results of the studies show that workplace culture can be the biggest factor in the success of women leaders in the workplace. Unfortunately, many corporations which do not support women lose many talented and experienced leaders.

Understanding and progressive employers can make a huge difference to the position of women leaders in the workplace – and this in turn can ensure that staff receive the benefits of women’s unique leadership skills.

Many companies are now taking steps to ensure a more supportive environment for women leaders. For example, at Goldman Sachs, performance reviews have been modified to eliminate bias toward women so that any behaviour which would not cause comment in a man would not be criticised in a woman.

Time Warner is another company taking action to help women leaders. It has launched a “Breakthrough Leadership” programme for women throughout the company which gives them a chance to network and refine their leadership skills.

This programme increases the chances of promotion for women and also ensures that Time Warner does a better job of training and maximising the potential of the women in its own backyard – which actually reduces the need for expensive executive recruitment searches.

More and more companies are following this lead and offering employer-sponsored programmes for its female employees to enhance their leadership skills and to support their women leaders in the workplace. It is a worthwhile investment with a good return and both parties benefit in both the short and long term.